What is Bodhi Linux

What is Bodhi Linux

Wikis > What is Bodhi Linux 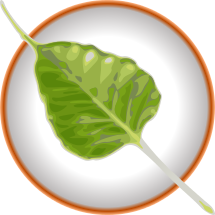 The word bodhi is derived from the Sanskrit word बोधि for “enlightenment.”

Bodhi Linux is an operating system based on two elements:

We aim to strike a balance between providing nothing but a command-line interface and including everything plus the kitchen sink.

We provide you with a base system that is functional, customizable, but not bloated. The Bodhi 6.0 default application set includes:

We believe users are smart enough to choose their own applications, the best of which can be installed directly through apt, synaptic, or our AppCenter.

Moksha is from the Sanskrit word मोक्ष for “emancipation, liberation, or release.”

We’ve made Moksha Desktop to be fast, flexible, and as simple or fancy as you want it to be. 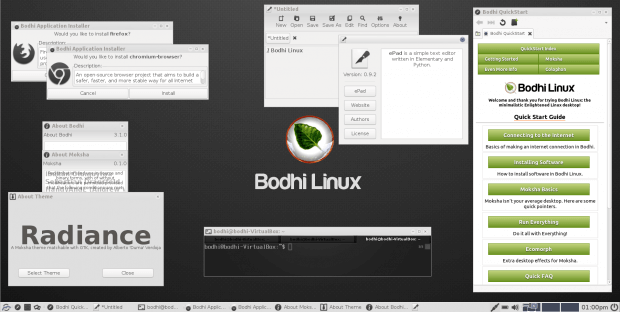 Unlike many modern Linux desktops that go out of the way to hide configuration options from the end-user, Moksha exposes all, allowing you to tinker to your heart’s content.

Beyond the configuration options, you can also customize your desktop with a selection of themes, backgrounds, and modules in our repository.

The Moksha desktop is our continuation of the e17 environment Bodhi started with. Moksha improves upon e17 by introducing new features, features from later Enlightenment releases, as well as keeping the code working with the latest EFL releases. You can learn more about the inception of Moksha here.

Bodhi’s core is built on top of the Ubuntu operating system. To learn more about Bodhi’s relationship with Ubuntu check out our release cycle.

If you are excited or curious about Bodhi Linux and want to test run it as a “Live” USB/CD or just plain install it? Click here for more information about minimum system requirements.