Today the Bodhi team and I are releasing an unscheduled bug fix release in version number 3.1.1. The 3.1.0 release we released back in August had an issue where users were not always prompted automatically for wireless passwords when connecting to encrypted networks. This lead to enough confusion / user frustration that we feel it warrants an updated install image now as opposed to waiting for our scheduled 3.2.0 release early 2016.

In addition to the wireless bug fix, this release includes all package updates that have been released since August as well as a web app launcher of the Bodhi AppCenter: 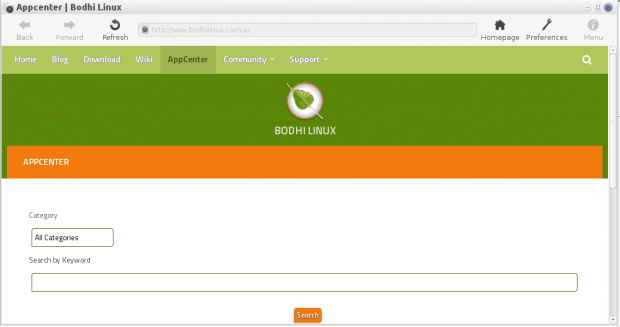 Existing users need to simply run their system updates to bring their current 3.1.0 install to this latest version. New users can find links to these latest ISO images on our Downloads Page.

As always if you encounter any issues with Bodhi please open a support request on our user forums.